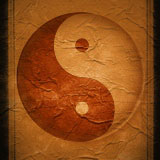 The term “TAO” refers to the “Technical Aspect Oscillator”, as well as the cycles and balance of yin and yang in the ancient and enduring Chinese philosophy—Taoism. The formula used to make the forecast is based on a weighting of planetary angular separation developed by myself and is based on the effects of astrological aspects including what many astrologers regard as minor aspects. The Tao DJIA Forecast draws from the theory of harmonics introduced by John Addey.

The Tao forecast uses a number of integrated and innovative concepts in astrological forecasting, one of which is exponential summation.

Exponential summation, as used by the Tao DJIA Forecast, provides a way for astrological influences to leave a long-lasting effect that combines with ongoing astrological influences.
Example: suppose that there is a trine aspect between two planets and this aspect results in a forecast of a higher predicted DJIA score. When the trine aspect is out of orb there may be a long-lasting effect from the trine aspect. The harmony, optimism, or other qualities that may be associated with the aspect are theorized leave a lasting effect that does not completely disappear when the aspect is out of traditional orb.

Exponential summation is a mathematical procedure that implements the concept of long-lasting effects from influences that are relatively short in duration. There are other reasons why researchers may wish to use exponential summation but this is its primary use in the TAO DJIA Forecast.

Exponential summation is calculated using several parameters which can be adjusted in order to affect the strength and duration of the relatively long-term effects of the astrological influences. These parameters are the exponential summation percent, scaling factor, and adjustment to the basic daily TAO raw scores.

One of my primary areas of research over the last 25+ years has been to refine and advance the original work of Donald Bradley and his Siderograph. The development of the TAO (technical aspect oscillator) is the preliminary result of those efforts (please consult the scientific abstract).

The TAO has planetary angular separations as the sole input into strictly mathematical formulae, with the TAO numbers as the output. The raw daily output is transformed mathematically into a zeroed oscillator. The scientific and mathematical claim is that the TAO correlates with global human psychology, as measured by the rise and fall of the global stock market indices. This has been validated to greater than 1:10,000 against chance.

David Cochrane, of Cosmic Patterns, www.astrosoftware.com, and I have released the TAO DJIA Forecast program that discloses the composition of the TAO. This module is as user friendly as it can be, and enables everyone to duplicate the disclosed TAO formulation, and to explore and to develop their own TAOs for selected and specific applications.

The TAO DJIA Forecast is a Flexible and Objective Astrological Research Tool, with 5 primary adjustable components:

1. The TAO Aspectarian: It assigns positive and negative numeric values to every degree of planetary angular separation, 0 degrees through 180 degrees. And if the separation is, for example, 240 degrees, then its value becomes equal to that of 120 degrees (360 – 240 = 120). These values are disclosed in one of the displayed results features. The TAO aspectarian is itself zeroed. That is, when all of the numeric values assigned to the planetary angular separations, 0 through 180 degrees, are summed, the total equals zero. These TAO aspectarian values can be changed through the pertinent file.

4. TAO DJIA Forecast zeroing: The Sirius 1.1 TAO DJIA Forecast has added a default of +4 to every daily value obtained. This is to compensate for planetary orbital factors, and the selected pairs. If different weights and/or planetary pairs are selected, then careful attention must be given to how close the TAO average remains a zeroed oscillator. The +4 default may have to be adjusted higher or lower. Zeroing is a critical function within the TAO DJIA Forecast, and is necessary for finding valid scientific correlations.

• The % factor is the selected exponential moving average.
• The higher the % factor is set, the quicker the moving average.
• The default is set at 2% for the Quick, and 1% for the Slow.
• Scaling. Both the Quick and the TAO DJIA Forecast are set to 100.
• The Slow is set to 10.
• The adjustment is set to +4, for the nine selected planetary pairs.

On every given date, the parameters used are listed below the calculated data. Both exponential averages can be changed, and the higher the selected %, the shorter the exponential moving average. The TAO DJIA Forecast will respond faster to new daily data.

The scaling factor is also important for the end result:

OVERVIEW: This study found a statistically significant correlation between the TAO average and the Dow Jones Industrial and SP 500 stock market indexes, to greater than 1:10,000 against chance during the time period tested, from 1/1/1999 through 08/14/2009. The TAO average is a mathematical oscillator with known planetary longitudinal, angular separations as the sole input. It is inherently and strictly mathematical, and thus has the potential to be scientifically useful, across many diverse applications. The TAO research is theorized here to be a factor interrelated with global human psychology, using the measure of the rises and declines of stock market prices.

ORIGIN: The TAO average originated from:

1) Studies of the mathematician and astrologer Donald Bradley, who first developed his Siderograph that evaluated planetary angular separations using both an objective aspectarian and subjective planetary evaluations and applied it to the movements of the stock market
2) The work of Sherman McClellan, a mathematician and technical stock market analyst who invented the McClellan Oscillator and Summation Indexes—both stock market analytical, technical trading tools.
3) Psychological contrarian sentiment indicators that became popular in the 1970’s and 1980’s, measuring the percentage of investment advisors who are either bullish (positive, expecting rising stock prices) or bearish (negative, expecting falling stock prices).
METHODOLOGY: The TAO average is comprised of five primary integrated concepts and methodologies.

The primary foundation for this work is the aspectarian, that assigns positive and negative numeric values to every degree of planetary angular separation (similar to Bradley), and is derived from the numbers 2 and 3 and their harmonics (similar to the harmonic theories of John Addey, and different from Bradley).

• First, the harmonics forming the aspectarian are logarithmically weighted to be mathematically and logically consistent, and possibly integrated with current physics, especially string or fractal theory.

• Second, only selected planetary pairs are used (unlike Bradley), both because of the nature of the comparison to the stock market and its psychology, and planetary periodicity.

• Third, these selected pairs are weighted, related to orbital and periodicity factors (also unlike Bradley).

• Fourth, for the given time period, the raw TAO oscillator is zeroed, so that the summation of all the raw TAO values equals zero, (similar to McClellan, and a critical component of his oscillator.) This step compensates for planetary orbital idiosyncrasies in relationship to the aspectarian and for the particular time frame of the study. Zeroing is critical for mathematical and scientific evaluation of correlations.

• Fifth, the zeroed raw TAO values are then both averaged (Quick TAO) (similar to the McClellan Oscillator) and summed (Slow TAO) (like the McClellan Oscillator’s summation index). The TAO average is the average of the Quick TAO and the Slow TAO. The summation provides an insight into human psychology as reflected in the TAO average interrelating with the buying and selling of stocks over a period of time—a sum of the thoughts and actions of people over longer time intervals.

NULL HYPOTHESIS: There is no correlation between the TAO average and two of the global stock indexes, the Dow Jones Industrial Average and the SP 500 Index.

There is a need for duplication of this research by an independent investigator, and this is now possible with the publication of the computer software formatted for the TAO DJIA Forecast, optional report option for Sirius 1.1.

The Aspectarian generated for the TAO verifies some fundamental tenets of traditional astrological aspect analysis (trine beneficial, opposition detrimental, etc.). Further research is needed. For the first time in astrological history, a basic foundation for quantitative and scientific experimentation has been created from the objective and quantitative TAO aspectarian.

There are, literally, an infinite number of Technical Aspect Oscillators. The TAO DJIA Forecast is only one of them. This TAO is a progressive first step toward an empirical astrological research methodology.

The TAO DJIA Forecast, as it correlates with human activity, is applied mathematics and astronomy. The TAO, fundamentally, is mathematical and astronomical. As such, it is applied astronomy, with significant astrological implications. With the current measure being used, the Tao DJIA Forecast correlates with the global stock indexes, and that makes it useful in a tangible way.
The avenues for future research are virtually unlimited.