Some of the compatibility features in Sirius are:

*You can click on the images below to see a larger version of the image. 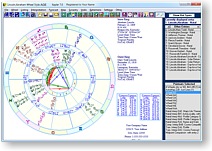 There are several BiWheel styles. The traditional BiWheel with the house cusps of the inner wheel going through the outer wheel is a popular one. The BiWheel with each ring having its own cusps appears to be getting more popular. You can also include a small aspect grid with the BiWheel or a larger aspect grid by itself. 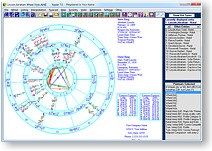 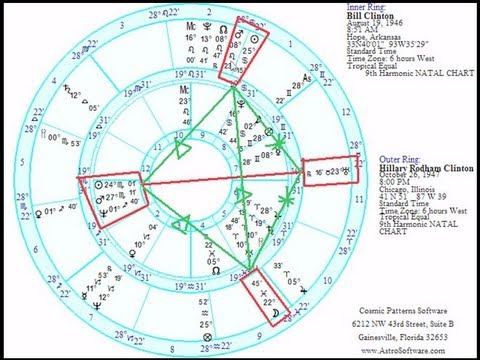 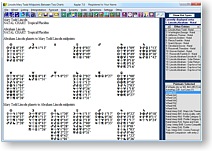 By the way, if you select midpoint trees of a chart of current transits and a natal chart, you can select the Time Adjust feature to see the midpoints change over time. The time line format typically is more convenient for seeing transit-to-natal, progressed-to-natal, and progressed-to-progressed midpoint structures but using the Time Adjust feature while viewing midpoint trees between two charts can also be a useful tool. 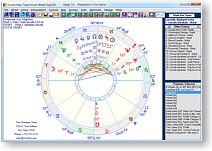 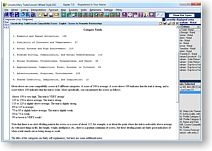 The Cosmo Compatibility Report is included in Kepler and it is available in these languages: English, Spanish, French, German, and Norwegian. The reports can be produced with or without graphic images. The Cosmo Compatibility Report compares the Sun signs, compare the Moon signs, and major aspects between the charts. The interpretations are clear, brief, and have received excellent reviews for quality.

Suppose that you have a database of husbands and wives who are happily married and you would like to do research to see what astrological influences are in the chart comparisons of these couples. The Pairs Research feature allows you to do this.

You can enter the data of the men and assign them a My Category that you could call Men Seeking Women and do the same thing for the women and put them in a different My Category that you call Women Seeking Men. Then you can produce a list of matches between the groups sorted with the highest scores at the top of the list.
You can create the AstroSignature that you use as the basis for the scores. Note that this analysis can take a very long time due to what mathematicians call combinatorial explosion.
There are 10,000 possible combinations (100 x 100) between these two groups! Even a computer will take a long time to do 10,000 comparisons! 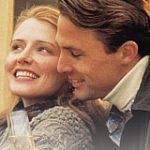