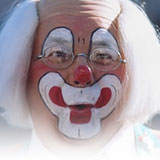 Like the eternal child who says “Mine. . ., Mine .. ., Mine . . .,” you better believe what belongs to the Scorpio native is indeed theirs. Be careful when visiting the Scorpio home unannounced because you may find yourself in the middle of an active mine field because they have decided, “I want to be alone!”

Scorpio women are only happy when they get their little faces involved ever so innocently in other people’s lives, trying to belong (so they say), taking over completely. Beware key phrases like “What do you think about. . .” or “Would it be possible to. . .”. These are loaded opening statements that sound innocent, but are actually carefully thought out ploys at taking over someone’s life. In all fairness, they are dedicated, hard working and conscientious, and because of this, they will eventually own the world, or their fair share of it. Give up and give in gracefully, or don’t let them into your life at all.

The mothering instincts of the Scorpio woman are so strong that even if they have raised Son of Sam (A fun kind of guy who liked to murder people), they will defend them to the hilt, while physically or verbally thrashing you in the process.

Scorpios searching for the power that rules can be compared to firing a gun inside a tank. No matter where you hide, chances are you are going to get hit by a flying bullet. Now to further clarify, the Scorpio fired the gun, and is the only one in the tank. They have the same chance of obtaining the power they so desperately seek, no matter what means they employ.

Typical Scorpio men can be so secretive, that most of the time they don’t even tell themselves what is going on!

Check a Scorpio’s hand when they “give” something to you. Chances are, there is a string directly attached to the item in question, and when you are not looking, they simply reel it back in.

Scorpios have the same self control of Charles Manson and while you are out on a date, expect to get into a dispute that can end up in legal proceedings. A typical Scorpio would look at the whole incident as a barely passable date, except the performance level was a bit under par.

The words scruples and Scorpio are not found in the same dictionary, corner of the globe, or same hemisphere. Scorpio natives will do absolutely anything to get what they want. Scorpios have the finesse of a hit man (and some of them are), and they have the same ability to forgive as well.

The female of the species make excellent lovers, and burn at a very high passionate intensity. Before attempting to engage this hot-blooded creature, make sure you are wearing your fireproof underwear. You might want to re-evaluate your own understanding of love making, as Scorpio women can hand you the reins, and expect to be whipped by them just to get them mildly interested.

Scorpios make great hit and run journalists, hit and run drivers, blackmailers, terrorists and madmen. These, of course, are the good qualities.

The Emotions – This is what I really need to be complete.

Anything will offend people with their Moon in Leo, just walk up to them for no reason and say “What a creep!”, and watch them become unglued. There is a strong need to be an Authority Figure here, even if they wash dishes for a living, for they have a natural attitude which I lovingly call the Napoleonic syndrome, or man holding up his pants. Perhaps Napoleon wasn’t holding up his pants, and if he wasn’t, what was he holding up ? HMMM?

Money is much more important to Moon in Leo people than they realize, so take a moment and think about it, then accept it. Okay, time is up.

Moon in Leo natives have a hidden desire for power which will leap out when least expected like a tornado headed for a trailer park, usually with the same intensity.

For Moon in Leo people the pleasure from love making can be derived as a side effect from loyalty as well as the physical manifestation, or love and devotion from others has the same effect, which really turns them on.

While on a date with a Moon in Leo person, expect them to jump up on any stage and grab the microphone, even if there is no stage, or microphone. You might say Moon in Leo natives are just a little bit insecure and need attention, or perhaps they are trying to be fashionable.

Moon in Leo natives see everything revolving around them, with them as the center, just as the sun is the center of the Universe. I knew it had to be someone’s fault.

It is extremely easy to spot the emotionally unhappy Moon in Leo native, either they are flat on their backs because their back has gone out, or they are suffering chest pains from excessive stress.

People with this placement tend to dominate others with all of the grace and finesse of Hagar the Horrible (Cartoon Character in the funny papers).

While in the home of a Moon in Leo person, expect to have a tour guide take you around to show off all of the artwork and other meaningless articles which are bound to be strewn about waiting to adored. You might even see the Moon in Leo native themselves strutting around as well, in full fanciful garb who seems to fit into the decor, waiting for equal adoration.

Mercury represents the thought process and what the mind sends to the body. Mercury rules how we communicate, what we talk about, and what we think about. Bearing that in mind, here is what they are apt to think and talk about.

Here is the original two edged sword looking for the chopping block. These people are so secretive, that they don’t even talk to themselves, but Scorpio natives are perceptive of others and know just when other people are vulnerable so they can swoop down and pounce on them.

Here is another one of those signs that is overcritical of everyone but themselves, the self appointed judge and jury. They should have be policemen, spies, or detectives, peering into everyone’s secret lives like a common criminal.

Love that is mysterious, behind the scenes and down and dirty, that’s Mercury in Scorpio. Sounds like love making with 007, with the same air of danger connected with it. Come to think love making while being attacked would be perfect for them. They can probably be found in dark alleys picking up stray cats doing unspeakable things just for the intrigue.

These must have been the original streakers, who ran nude across the campus. Anything bizarre or perverse is fine for them. They should avoid using the concept of running through the streets nude as a tool for sex, because it won’t work. Okay, it might!

This kind of person is the movie director who invites you up to his office to audition for him. “Sit on my couch my dear, let’s see what develops”.

Venus defined is: Romance, the action that brings satisfaction. Food, flowers, little chubby people shooting arrows, fertility, and lots of groveling. Here is how the art of love is interpreted by this placement of Venus:

A satisfactory relationship for Virgos consists of a can of bug spray squirted in the face of the loved one. If they make it through the Emergency Room, then love stands a good chance of surviving. Living in a very sterile world is their forte, and females would make great housewives as long as you have them wired correctly, check the programming often, and keep a broom, mop, or kitchen utensil in their hand. All other elements of existence are void, non-existent, and especially not covered by manufacturers warranty.

To Venus in Virgo natives, romance is about as interesting as a priest at a peep show. Well, most of them anyway. Planning a romantic evening for Virgos is the same as planning strategy in a football game, if all of the players are not in the right position, there won’t be any touchdown.

How do you actually spot the female Vixen of Virtue? She is very easy to find. She has dinner on the table, greets you at the door only because you have dirty shoes, and says “kiss kiss, hug, hug” (words only, there is no visible physical contact involved).

Romance for them is to hang out at a monastery, and look for people who flunked the final exam. A note of caution: Never, ever walk in on Virgo’s while they are on the throne, this is where they spend most of their recreational time and they are very guarded about their privacy.

A romantic evening for Venus in Virgo would be to put a dinner plate on the table for their favorite pet, as it asks for nothing and gives so much. Venus in Virgo people really excel at helping the underdog.

Real romance for Venus in Virgo is found in men who are married, terminal patients, or totally disabled. Why?? Because they don’t sit in judgement of people who are down and out, instead they make sacrifices for them.

Mars defined: “Its get down and dirty time”. Raw passions unleashed upon suspecting and unsuspecting persons. Actions desiring prompt and equal reactions of any kind. To get very specific, this is how this great bundle of energy is used in the personal natal chart. This is how that energy interacts with their surroundings.

Always there and faithful, like laundry day is the Mars in Capricorn native. They prefer to set up specific boundaries with their lover. “This is my side of the bed and that is yours, I don’t cross over to your side, and you don’t cross over to mine” The sex act now completed, you may both now smoke a cigarette and bask in the rapture of the moment, and back to business as usual.

Mars in Capricorn in intimate moments is like trying to move an immovable object. They use the Military position of love which is the ability to make love while standing or laying down completely at attention with absolutely no bodily parts moving or responding. Kneeling is optional if done carefully. Making love to a Mars in Capricorn person is like trying to hump a dry Martini.

Mars in this position points to a lack of sensuality, but it is overcompensated for by an abundance of materialistic attitudes. If you want to make an impression on this native, give them something material, but expect to be interrogated, as this position of Mars uses this as foreplay. If you pass, you’re in. If not, try bigger gifts.

These people are so practical that they actually plan out going to the bathroom and make it an event. If they can charge money for a peek, then so much the better.

They have a very high degree of self control and discipline in everything except but being able to go to the bathroom on a regular basis. They have the regularity of concrete. Why? Because rigid thinking and actions dominate the body, both structurally and diet-wise. The diet is so insufficient with this placement that you may actually find them eating dead things on a cracker, thinking they have found ecstasy.

If you really want to impress this person, for their birthday have the house put under attack by terrorists because they love a good challenge. For this reason they would have made great military minds and strategists.